Skip to table of contents

See 2013 revision
7  For this Mel·chizʹe·dek, king of Saʹlem, priest of the Most High God,+ who met Abraham returning from the slaughter of the kings and blessed him+ 2  and to whom Abraham apportioned a tenth from all things,+ is first of all, by translation, “King of Righteousness,” and is then also king of Saʹlem,+ that is, “King of Peace.” 3  In being fatherless, motherless, without genealogy, having neither a beginning of days+ nor an end of life, but having been made like the Son of God,+ he remains a priest perpetually.+ 4  BEHOLD, then, how great this man was to whom Abraham, the family head,* gave a tenth out of the chief spoils.+ 5  True, the men from the sons of Leʹvi+ who receive their priestly office have a commandment to collect tithes+ from the people+ according to the Law, that is, from their brothers, even if these have issued from the loins of Abraham;+ 6  but the man who did not trace his genealogy+ from them took tithes from Abraham+ and blessed him who had the promises.+ 7  Now without any dispute,* the less is blessed by the greater.+ 8  And in the one case it is men who are dying that receive tithes,+ but in the other case it is someone of whom it is witnessed that he lives.+ 9  And, if I may use the expression, through Abraham even Leʹvi who receives tithes has paid tithes, 10  for he was still in the loins+ of his forefather when Mel·chizʹe·dek met him.+ 11  If, then, perfection+ were really through the Levitical priesthood,+ (for with it as a feature* the people were given the Law,)+ what further need would there be+ for another priest to arise according to the manner* of Mel·chizʹe·dek+ and not said to be according to the manner of Aaron? 12  For since the priesthood is being changed,+ there comes to be of necessity a change also of the law.+ 13  For the man respecting whom these things are said has been a member of another tribe,+ from which no one has officiated at the altar.+ 14  For it is quite plain that our Lord has sprung up out of Judah,+ a tribe about which Moses spoke nothing concerning priests. 15  And it is still more abundantly clear that with a similarity* to Mel·chizʹe·dek+ there arises another priest,+ 16  who has become such, not according to the law of a commandment depending upon the flesh,+ but according to the power of an indestructible* life,+ 17  for in witness it is said: “You are a priest forever according to the manner of Mel·chizʹe·dek.”+ 18  Certainly, then, there occurs a setting aside of the preceding commandment on account of its weakness+ and ineffectiveness.*+ 19  For the Law made nothing perfect,+ but the bringing in besides of a better hope+ did, through which we are drawing near to God.+ 20  Also, to the extent that it was not without a sworn oath, 21  (for there are indeed men that have become priests without a sworn oath, but there is one with an oath sworn by the One who said respecting him: “Jehovah* has sworn+ (and he will feel no regret), ‘You are a priest forever,’”)+ 22  to that extent also Jesus has become the one given in pledge of a better covenant.*+ 23  Furthermore, many had to become priests [in succession]+ because of being prevented by death+ from continuing as such, 24  but he because of continuing alive forever+ has his priesthood without any successors.* 25  Consequently he is able also to save completely those who are approaching God through him, because he is always alive to plead* for them.+ 26  For such a high priest as this was suitable for us,+ loyal,+ guileless,+ undefiled,+ separated from the sinners,+ and become higher than the heavens.+ 27  He does not need daily,+ as those high priests do, to offer up sacrifices, first for his own sins+ and then for those of the people:+ (for this he did once+ for all time when he offered+ himself up;) 28  for the Law appoints men high priests+ having weakness,+ but the word of the sworn oath+ that came after the Law appoints a Son, who is perfected*+ forever. 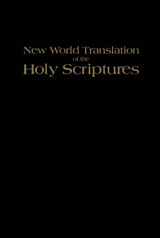 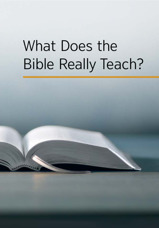 What Does the Bible Really Teach?

What Is the Bible Study Course Offered by Jehovah’s Witnesses?